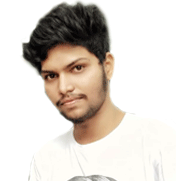 Shrilesh Kurane completed his studies at the Government Industrial Training Institute, Belagavi. He joined LEAD in 2017 and since then has taken 11 leadership initiatives and was active in all the programs organized by the LEAD team. He was closely involved in editing videos and designing posters and that led him to grab an opportunity as a Graphic designer in LEAD Social Media. He wishes to empower micro-entrepreneurs through digital media and aspires to promote digitalization in India.